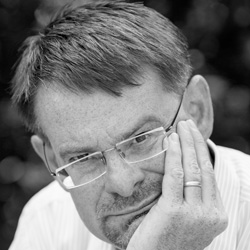 Walter Johnson’s first book, Soul by Soul (1999) used the slave market as a way to think about the fantasies, fears, negotiations, and violence that characterized American slavery. He has since written a series of essays about social and historical theory relating to the history of slavery in the US: the idea of "agency" as the organizing theme of scholarship; notions of time; theories of capitalism and slavery; and the idea of reparations for slavery as a historical narrative. His second book is a history of the Mississippi Valley between the Louisiana Purchase and the Civil War, River of Dark Dreams: Slavery and Imperialism in the Mississippi Valley (2013). While retaining a focus on the immediate experience of slavery and mastery, this book embeds the history of slavery in the U.S. in the histories of global capitalism (especially the cotton trade and the Atlantic money market) and U.S. imperialism (the Louisiana Purchase, the illegal invasions of Cuba and Nicaragua in the 1850s, and the effort to reopen the Atlantic Slave trade on the eve of the Civil War). He is currently writing a book about the central role of St. Louis in the imperial and racial history of the United States (from Lewis and Clark to Michael Brown).