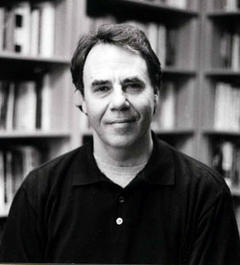 Steven Hahn received his Ph.D. from Yale University and is a specialist on history of nineteenth-century America, African-American history, the history of the American South, and the international history of slavery and emancipation. He is the author of The Roots of Southern Populism: Yeoman Farmers and the Transformation of the Georgia Upcountry, 1850-1890 (Oxford University Press, 1983), which received both the Allan Nevins Prize of the Society of American Historians and the Frederick Jackson Turner Award of the Organization of American Historians, as well as of articles that have appeared in Past and Present, the American Historical Review, and the Journal of Southern History. In 2004, Hahn's book, A Nation Under our Feet: Black Political Struggles in the Rural South from Slavery to the Great Migration (Harvard University Press), received the Pulitzer Prize in History, the Bancroft Prize in American History, and the Merle Curti Prize in Social History of the Organization of American Historians.

Hahn writes regular review essays for The New Republic, and is currently at work on two major projects: A Nation without Borders: The United States and Its World, 1830-1900 (to be published by the Viking Press), and Colonies, Nations, Empires: A History of the United States and the People Who Made It (to be published by Bedford/St. Martin's Press). He has held fellowships from the Guggenheim Foundation, the American Council of Learned Societies, and the Center for Advanced Studies in the Behavioral Sciences at Stanford. He has been appointed the Lawrence Stone Visiting Professor at Princeton University and the Pitt Professor at Cambridge University; and he is an elected Fellow of the Society of American Historians.

*Since the NEH was founded, the agency has awarded more than $171 million to nearly three thousand projects on African American history and culture. Hahn has been a recipient of NEH funding.