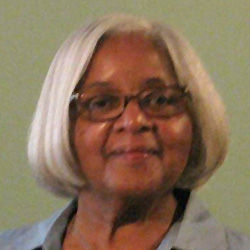 Stephanie Shaw is a professor of history at Ohio State University where she has taught since 1988.  Her major areas of teaching and research include American Women and African American history/studies.  She published What a Woman ought To Be and To Do:  Black Professional Women Workers during the Jim Crow Era (Chicago,1996) on the family, work, and community lives of black women who worked in the feminized professions between about 1880 and 1955.  The book was selected as an Outstanding Book by the Gustavus Myers Center for the Study of Human Rights in North America and won the Association of Black Women Historians’ Letitia Woods Brown Publication Prize.  Her article, “Using the W. P. A. Ex-slave Narratives to Study the Great Depression (The Journal of Southern History, 2003), was awarded the Green-Ramsdell Prize for the best article published in the journal during 2002 and 2003.  In 2013, she published W. E. B. Du Bois and The Souls of Black Folk (UNC Press), offering new perspectives on Du Bois’ iconic study as a major work of philosophy. She is currently completing a book on slave women, families, and communities.  Professor Shaw has held fellowships at The National Humanities Center, The Center for Advanced Study in the Behavioral Sciences, and the Stanford Humanities Center.

*Since the NEH was founded, the agency has awarded more than $171 million to nearly three thousand projects on African American history and culture. Shaw has been a recipient of NEH funding.