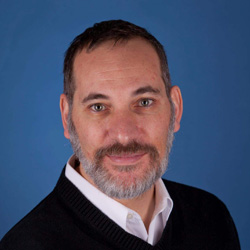 Paul Gardullo is Museum Curator at the National Museum of African American History and Culture (NMAAHC). He is currently working with staff on conceptualizing, collecting for, and curating the inaugural exhibitions for the NMAAHC including one focused on the "Power of Place" in African American History and Culture. He also is NMAAHC's representative on the Slave Wrecks Project, an international research initiative that brings together partners in the U.S., Africa and the Caribbean to study the slave trade through the lens of shipwrecks and maritime archaeology. He has co-curated The Scurlock Studio and Black Washington: Picturing the Promise (2009) and co-edited the exhibition’s companion catalog. He has lectured, taught classes, and served as director and/or advisor to multiple research projects and fellows on a broad range subjects related to African American history and culture, American cultural and social history, the African Diaspora, memory, and public history. He serves as an advisor for the Smithsonian’s Consortium on Understanding the American Experience and is on the Smithsonian Network Advisory Committee. Gardullo earned his Ph.D. from The George Washington University in 2005 and was a post-doctoral fellow at Yale University’s Gilder Lehrman Center for the Study of Slavery, Resistance, and Abolition in 2006. He is writing a book on the subject of slavery in American cultural memory to be published by Oxford University Press.