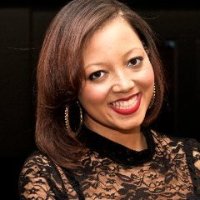 Jessica Pierce is the National Chair at Black Youth Project 100 (BYP100). Jessica is a former organizer turned trainer and movement sustainer. Her passion for organizing and creating change started at the University of California Santa Cruz where she led campaign efforts around access to higher education and economic justice on campus. From there, Jessica served as the Organizing Director for the United States Student Association where she led efforts to pass the College Cost Reduction and Access Act- the largest increase to grant aid since the passing of the G.I. bill in 1944. After completing her tenure at USSA, Jessica worked with the Generational Alliance (GA), where she worked to support the organizing and communications efforts and help build local and national infrastructure for the 20+ member organizations.Through the 2012 election, Jessica worked for the NAACP where she served as the National Training Director and helped orchestrate their electoral campaign which registered, educated and turned-out over 1 million Black people across the country. Now focusing her work with BYP100, Jessica leads the training, civic engagement, capacity-building initiatives, and works to supports black youth and fight for black liberation in any way possible. You can follow her adventures in life on twitter @JFierce.