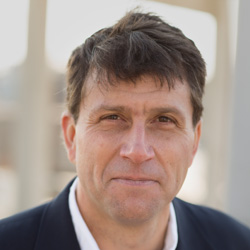 Gregory Downs is an Associate Professor of History at University of California, Davis. He is the author of two monographs, After Appomattox: Military Occupation and the Ends of War (Harvard, 2015) and Declarations of Dependence: The Long Reconstruction of Popular Politics in the South, 1861-1908 (University of North Carolina, 2011), as well as articles and essays in the American Historical Review, Journal of Southern History, New York Times, Atlantic, and many other publications. His book of short stories, Spit Baths, won the Flannery O'Connor Prize.

*Since the NEH was founded, the agency has awarded more than $171 million to nearly three thousand projects on African American history and culture. Downs has been a recipient of NEH funding.