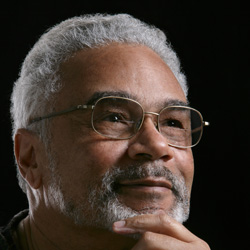 During his undergraduate years, Dr. Carson participated in civil rights and antiwar protests, and many of his writings reflect his experiences by stressing the importance of grassroots political activity within the African-American freedom struggle. Carson's publications include In Struggle: SNCC and the Black Awakening of the 1960s (1981); Malcolm X: The FBI File (1991); African American Lives: The Struggle for Freedom (2005, co-author); and a memoir, Martin's Dream: My Journey and the Legacy of Martin Luther King, Jr. (2013).

*Since the NEH was founded, the agency has awarded more than $171 million to nearly three thousand projects on African American history and culture. Carson has been a recipient of NEH funding.