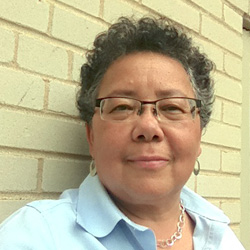 Barbara D. Savage is Geraldine R. Segal Professor of American Social Thought at the University of Pennsylvania and chair of its Department of Africana Studies.  She is a scholar of twentieth century African American history with a focus on political and intellectual history, religious history, women’s history.  She is the author of:  Your Spirits Walk Beside Us:  The Politics of Black Religion (Harvard, 2008), which won the prestigious 2012 Grawemeyer Prize in Religion and Broadcasting Freedom:  Radio, War, and the Politics of Race, 1938-1948 (UNC, 1999) which won the Herbert Hoover Presidential Library Book Award.  Her co-edited works are:  Women and Religion in the African Diaspora (Hopkins, 2006) and Black Women’s Intellectual History (UNC, 2015). She is currently working on a biography of Merze Tate, a pioneering black woman diplomatic historian on the faculty at Howard from 1942-1977. Savage holds a B.A. from the University of Virginia, a law degree from Georgetown, and a Ph. D. in history from Yale.

*Since the NEH was founded, the agency has awarded more than $171 million to nearly three thousand projects on African American history and culture. Savage has been a recipient of NEH funding.